The Great British Bake Off is back! Michelle Evans-Fecci explains why we need Bake Off now more than ever

The nation’s favourite TV baking show returned to our screens last week, albeit 15 minutes late while Boris addressed the nation.

The show kicked off to a great start with an absolutely hilarious scene with new host Matt Lucas impersonating Boris (I must admit I did a double take) along with Paul and Prue over the “scone” debate!

Matt looked right at home as the show got started and seemed to fill Sandi’s shoes very well with his witty one liners and reassuring ways. I’m looking forward to seeing more of Matt throughout the series and must say it already looks like he’s always been there, fitting right in.

2020 has been such a strange and unsettling time for us all – unlike anything most of us have ever experienced, but a warm, comforting show like this is just the tonic we need right now.

You’d never be able to tell that this was filmed during a worldwide pandemic. The show producers had to go to extreme lengths even before filming took place, with presenters and bakers having to form a huge bubble at a new filming location and spending seven long weeks all together to bring this show back to our screens. Even after delayed filming, I’m sure hearing that Bake Off would be back for another series was the news we’d all been hoping for. My initial thought was how would they cope with limited ingredients, as the rest of the world was stock-piling toilet rolls and clearing the baking isles in the supermarket for what became a “baking boom!” 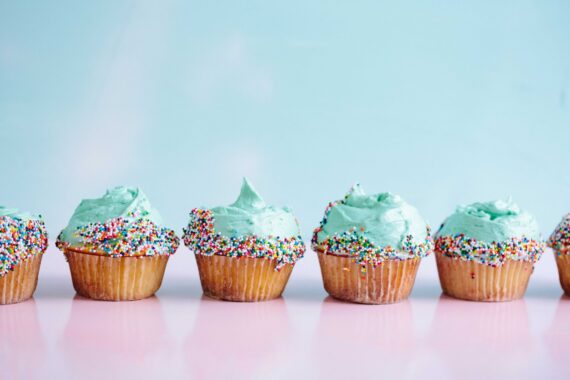 It must have been so difficult for everyone being away from their families, such a surreal and exciting feeling knowing that you’re going to be on this amazing show, but not being able to share those highs and lows with your family face to face. My time in Bake Off was very different. Filming took place at weekends and trying to juggle practicing, work and childcare was difficult and challenging at times, but I was so lucky to have the support from my family when I was home.  Huge well done to the whole Bake Off team for making this series happen.

It was great being introduced to the next batch of bakers to join our “Bake Off family” which I love being part of. The show started with the signature challenge – The Battenberg! One of my favourite bakes – I looked on eagerly for a hint of each baker’s personality in their style of baking and flavour combinations.

The first episode didn’t disappoint at all. That familiar wafting of baking sheets to cool down bakes and staring into ovens in the hope that cakes will bake faster, was all so familiar and comforting.

We didn’t have to to wait long before Bake Off served us our first bit of TV drama when poor Sura knocked Dave’s pineapple upside-down cakes to the floor during the technical challenge due to “fly gate,” and shortly after she nearly lost her showstopper 3D cake bust! Everyone in my house gasped as it fell and had to be propped up with a roll of piping bags.

It’s always difficult when anyone leaves the show, but week one is a particularly hard one as you’re all just getting started and finding your feet. With young Peter giving us a glimpse of simple flavours done well, it was poor Loriea we sadly said goodbye to.

Biscuit week… we’re ready for you!

Michelle Evans-Fecci is a passionate food and baking enthusiast who loves creating recipes with seasonal produce.  She featured as a contestant on series ten of The Great British Bake Off and was star baker of cake week.