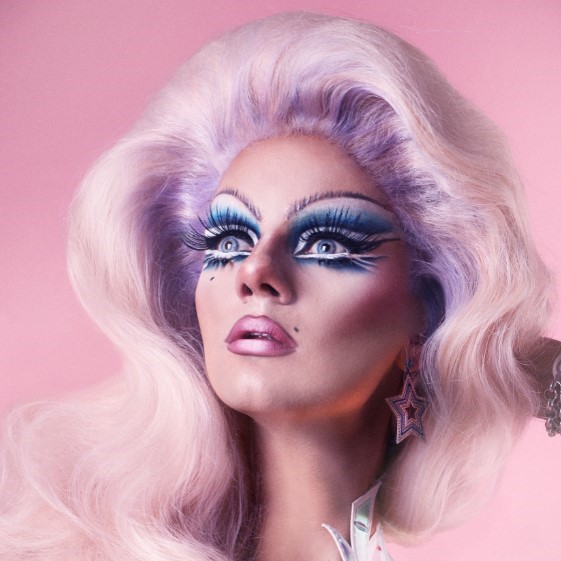 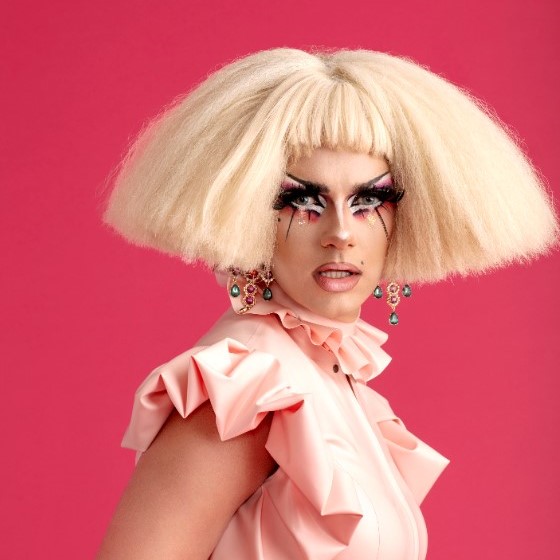 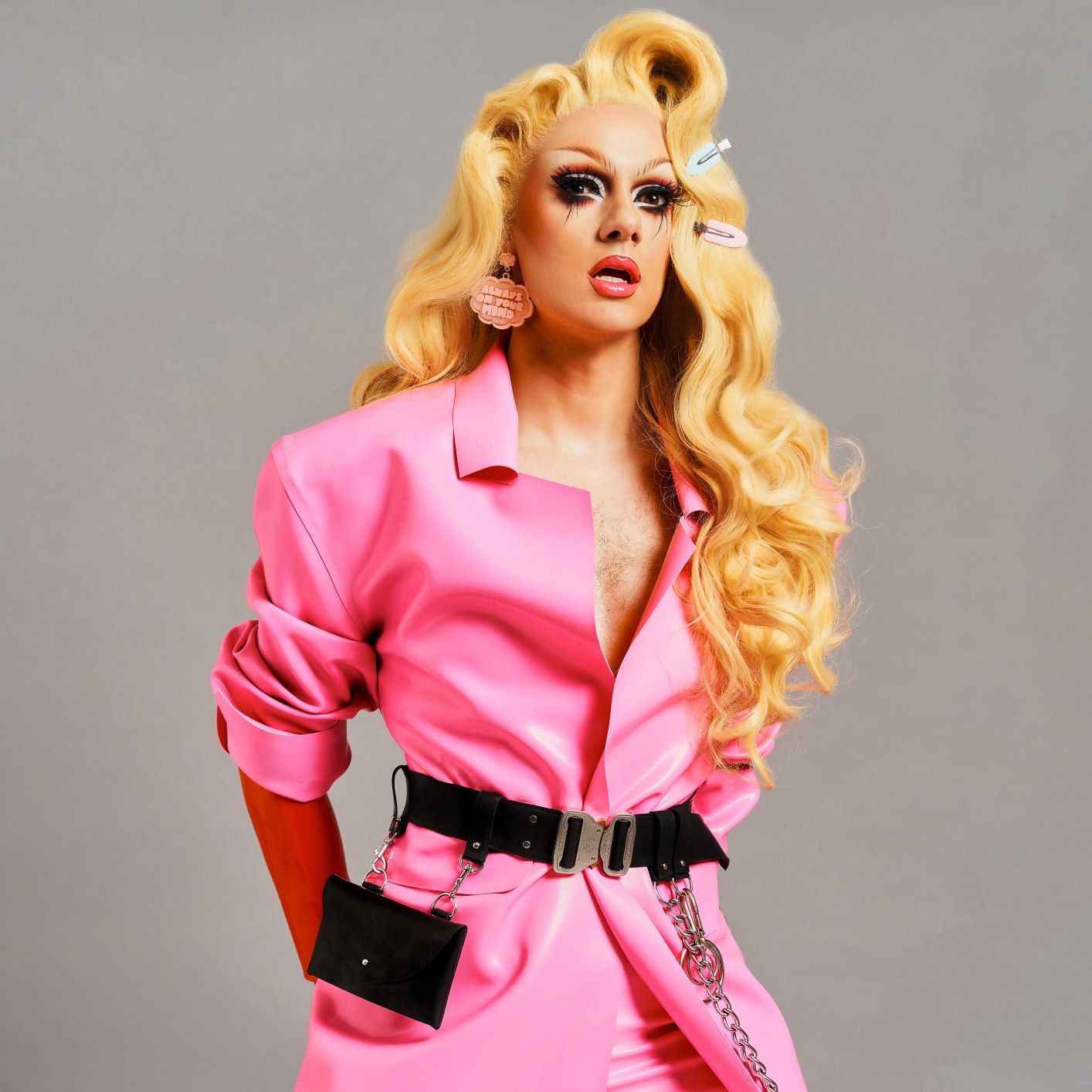 Crystal is a gender-bending drag artist and presenter, RuPaul’s Drag Race UK Season 1 contestant, and the host of her celebratory queer podcast The Things That Made Me Queer.

As a presenter, she has fronted Canadian reality dating show Group Sext and was selected as Canada’s Drag Race official correspondent for BBC Three. She has appeared on the Strictly Come Dancing spinoff series Strictly Frooked Up! and hosted celebrity interviews for Attitude’s social platforms.

With one heeled foot in East London’s colourful queer community and the other in politics, Crystal is a driving force in the new-gen UK drag scene, brandishing a unique drag aesthetic – fantastical, overtly sexualised and beautifully bizarre. Her supervillain persona mixes high fashion, gender play and punk sensibility, which led her to star in the fashion pages of revered fashion titles Hunger and KALTBLUT.

Crystal‘s performance style is as fearless as her looks, fusing theatre, circus and aerial play in touring shows across the UK and North America. A self-confessed “stunt queen”, Crystal is never afraid to shock her audience with routines that dazzle and delight, combining art school creativity, high performance and daring techniques, including angle grinding, whip play, and aerial rope and hoop. Crystal also co-produces and hosts the iconic East London Drag Circus show Mariah and Friendz at Bethnal Green Working Men’s club, a night known for its pioneering and inclusive performance schedule.

A Canadian, but having lived in London for 10 years, she’s embedded herself within the local LGBTQIA+ community and is a known advocate for queer issues, racial equality and climate change. She has contributed opinion pieces on diversity issues for Metro and was chosen by Attitude magazine and National Student Pride to share her experiences of using drag to challenge gender identity. Throughout her campaigning, she has supported the Labour Party, fundraised for LGBTQIA+ organisations The Outside Project and Colours Youth, and supported the Minnesota Freedom Fund.

Crystal’s original podcast with World of Wonder, The Things That Made Me Queer, explores and celebrates the entire spectrum of queerness through the memories of her esteemed queer guests including MNEK, Detox, Shea Couleé and Juno Dawson. The podcast has been recommended by The Guardian, METRO, Bustle, Great British Podcasts, Gay Times, Attitude and many more.

Crystal believes drag is a vehicle to dismantle the patriarchy and liberate us from gender norms. Drag uses radical self-expression to show us that there are no rules, other than what we impose on ourselves. 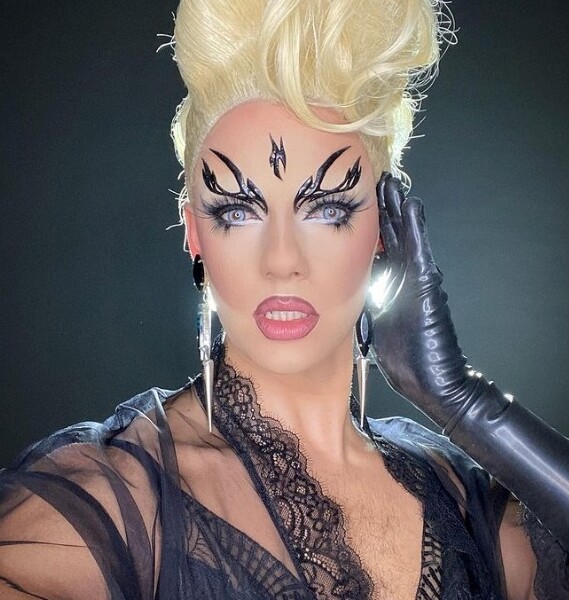 Crystal chose self-love on Valentine’s Day and collaborated with George at Asda to created this fierce and fabulous look! 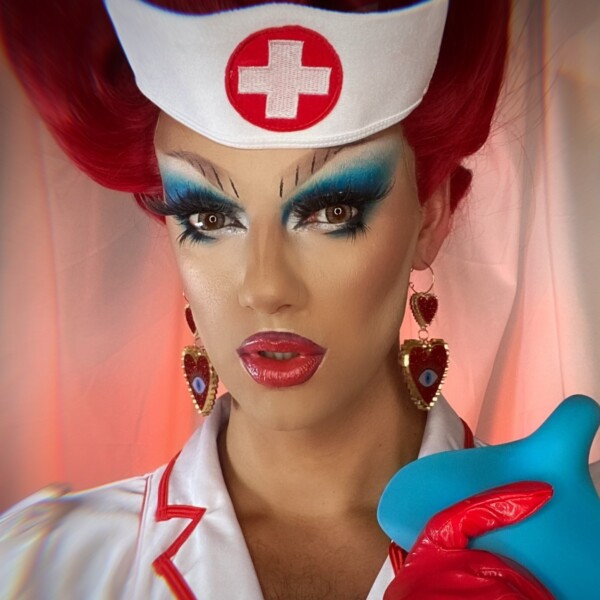 Crystal was Ann Summers’ guest editor for November 2021 as part of their Pleasure Positivity Project, dismantling taboos around female and queer sexuality. 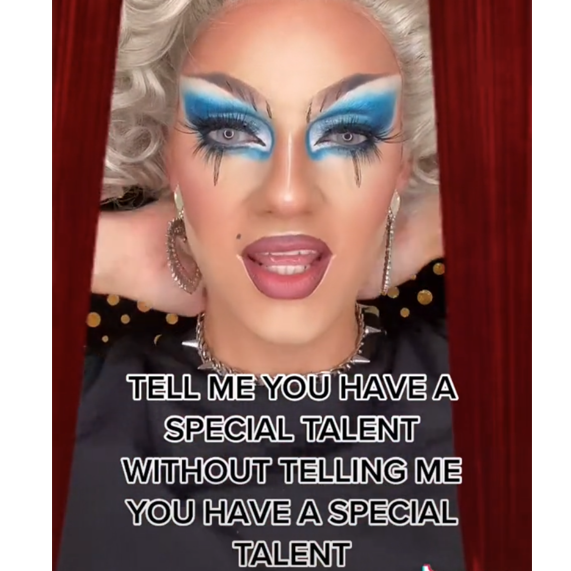 Crystal showed off her skills in the #TKMaxxTalentShow Christmas 2021 challenge on TikTok. 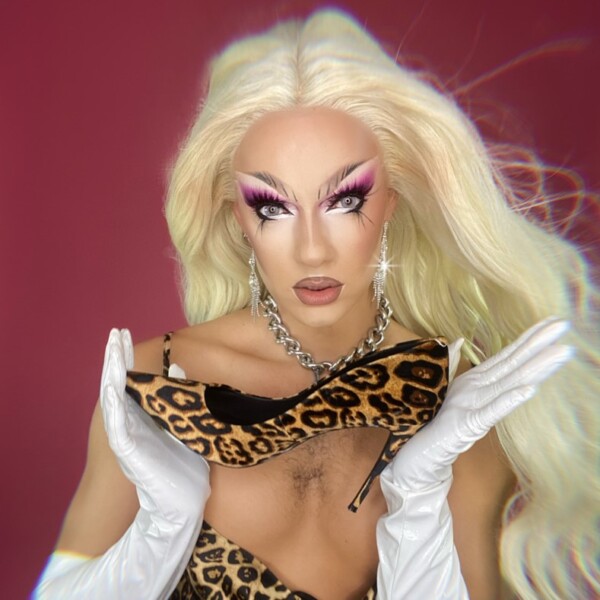 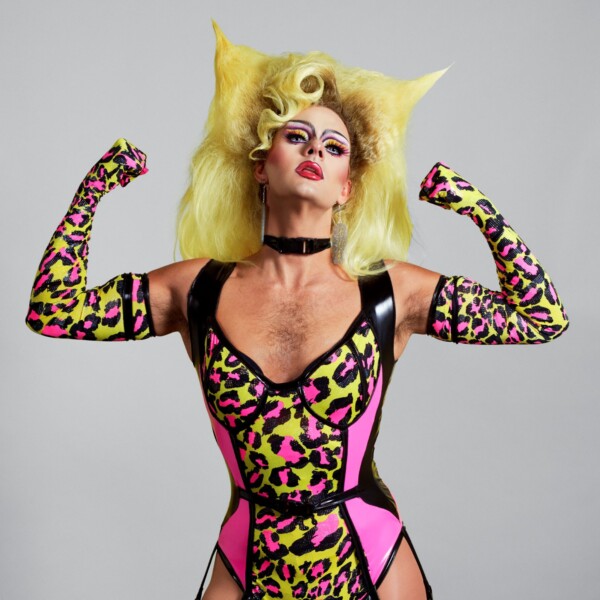 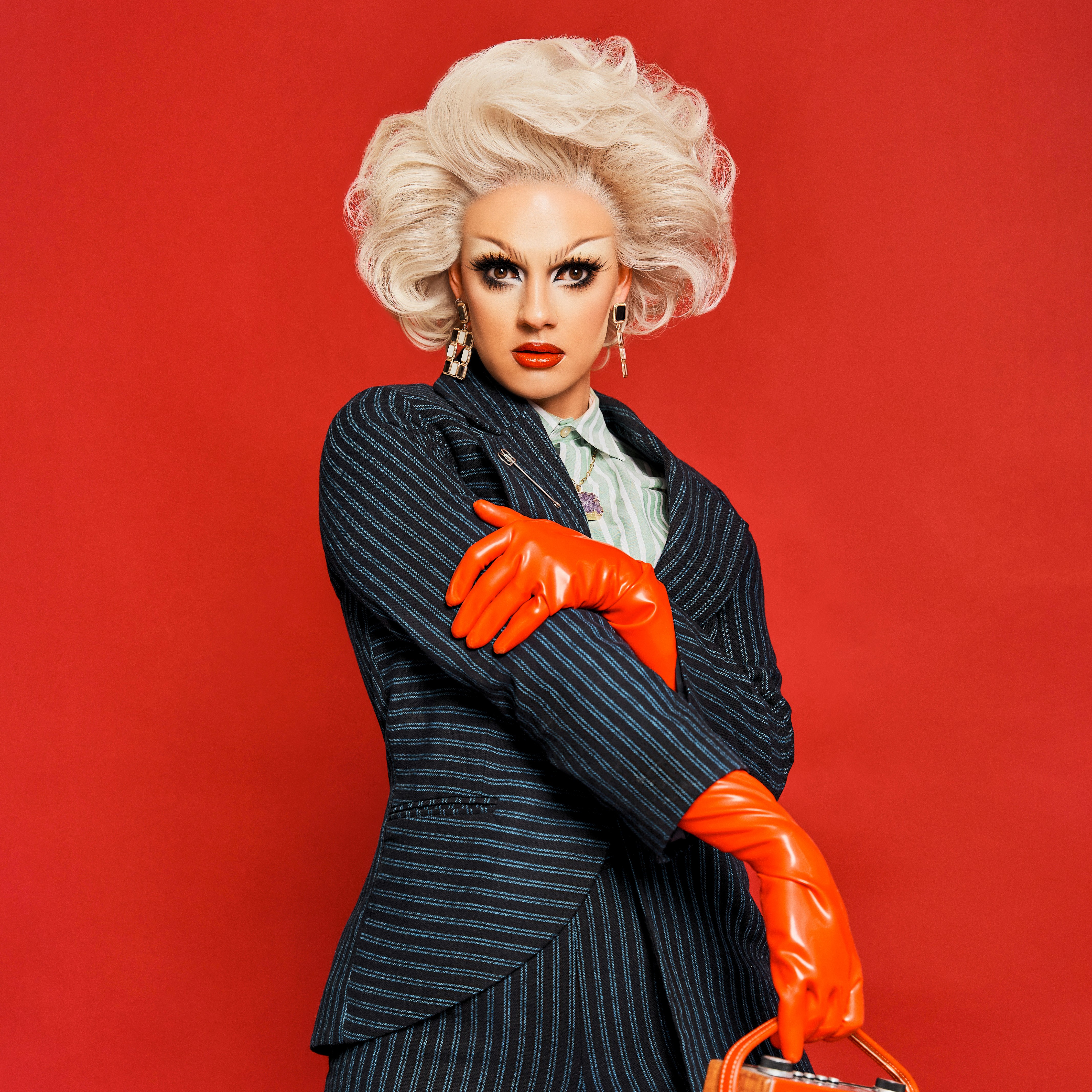 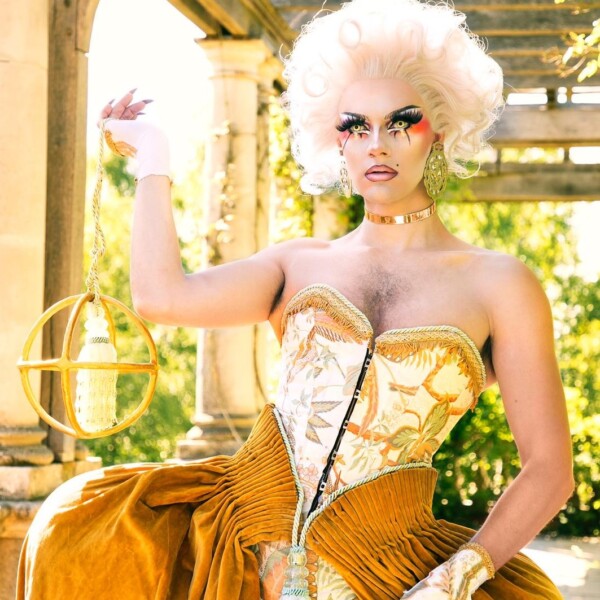 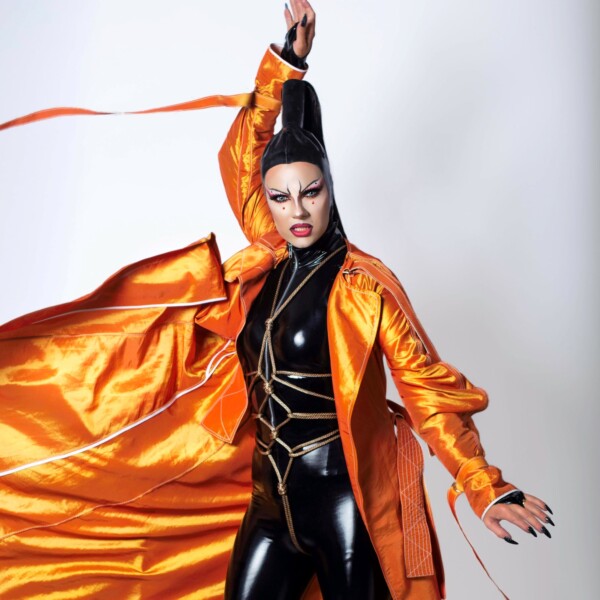