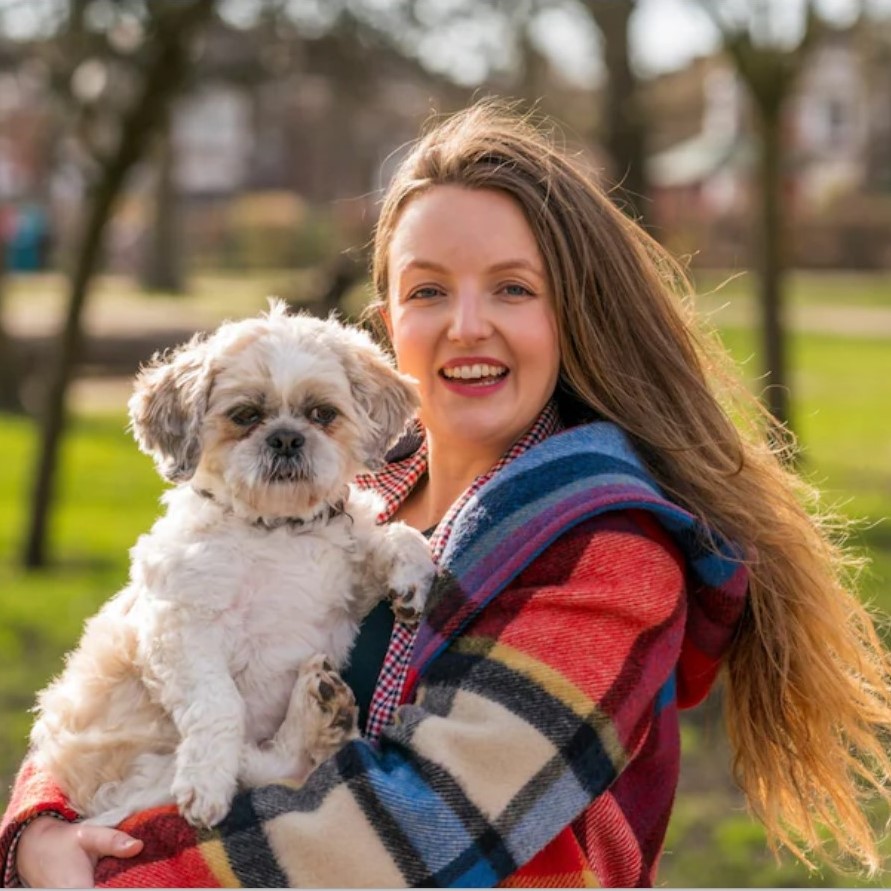 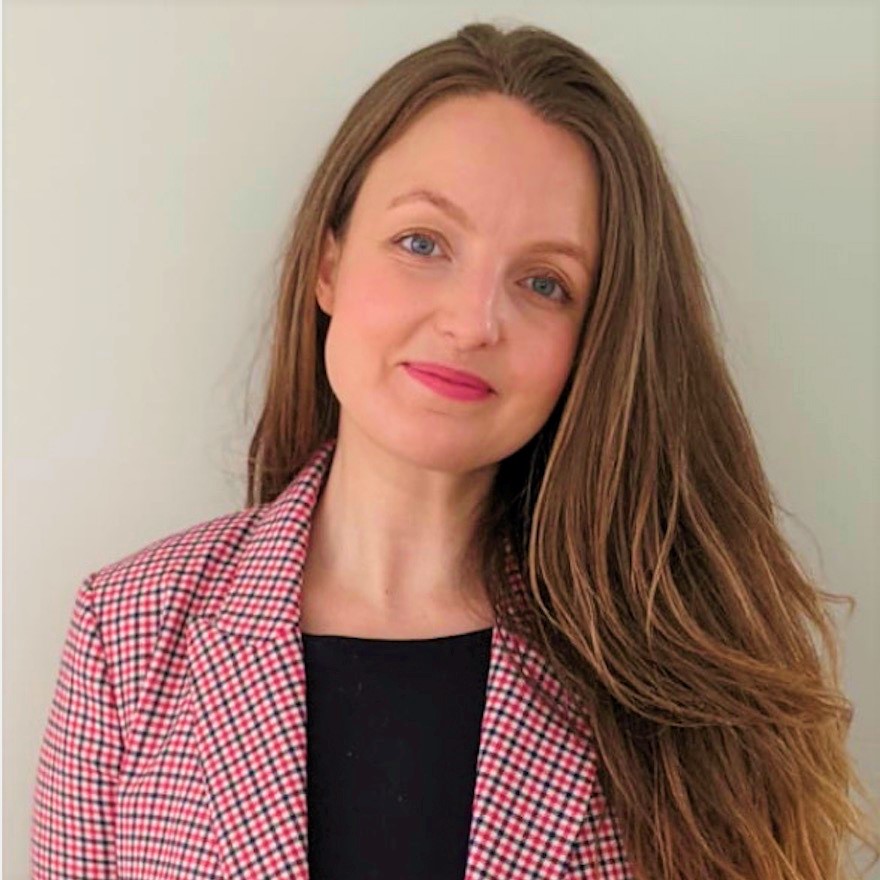 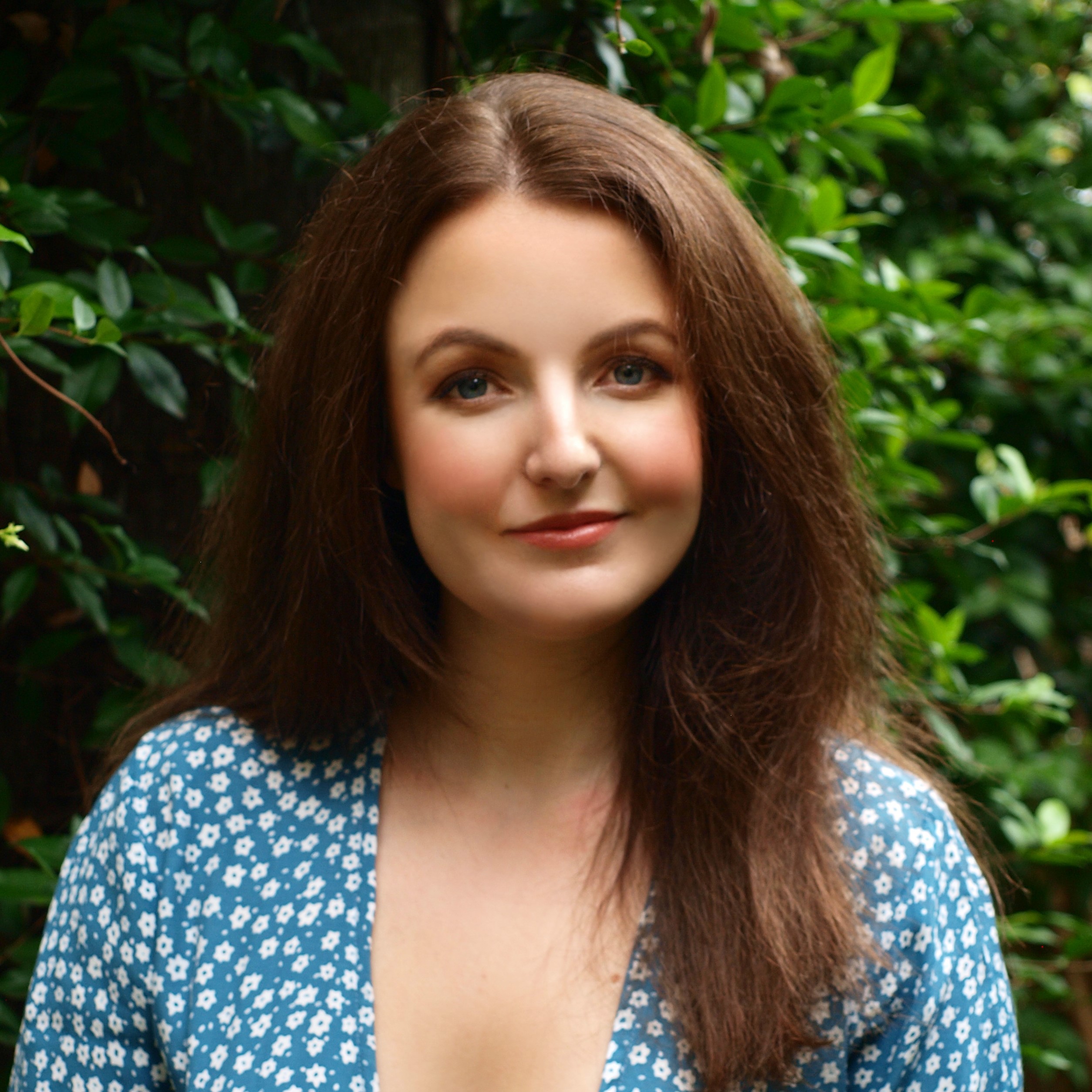 Kate Leaver is an author, journalist, speaker and podcast host.

She has written for the Guardian, Glamour, the Independent, the Evening Standard, Vogue, Refinery29 and The Pool. She has appeared as a commentator on BBC Woman’s Hour, Badass Woman’s Hour and Channel 4 News.

In Australia, where Kate began her career (and life), she was features editor at Cosmopolitan magazine and senior editor at Mamamia, as well as a regular commentator on TV and radio.

Kate was a children’s entertainer and has taught drama to high-school students. She has a degree in Arts, Media and Communications from the University of Sydney, where she once won a poetry prize judged by Les Murray for a three-course limerick about Masterchef. Kate did a fellowship with the International Herald Tribune in Seoul, South Korea, and performed comedy cabaret at the Melbourne International Comedy Festival. 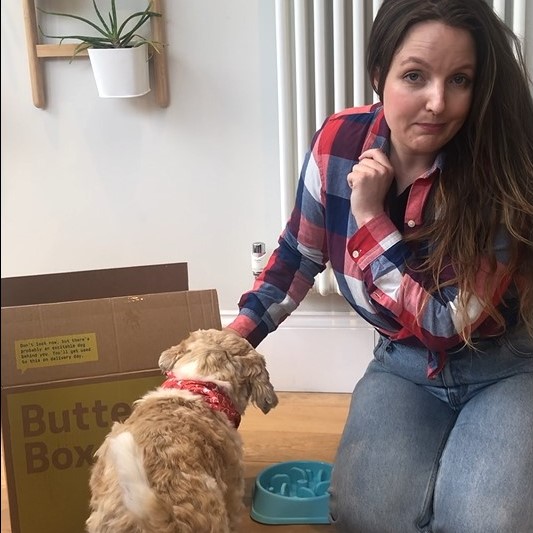 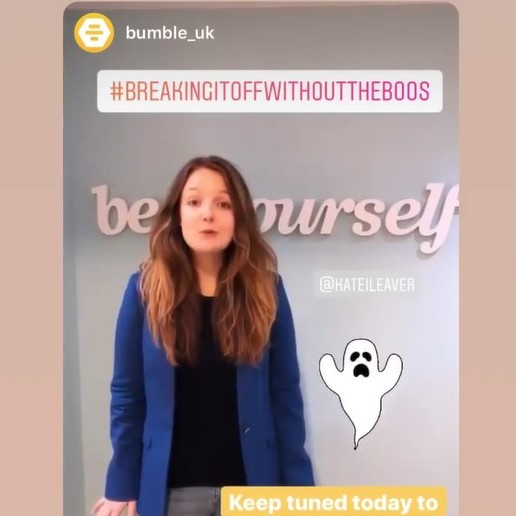 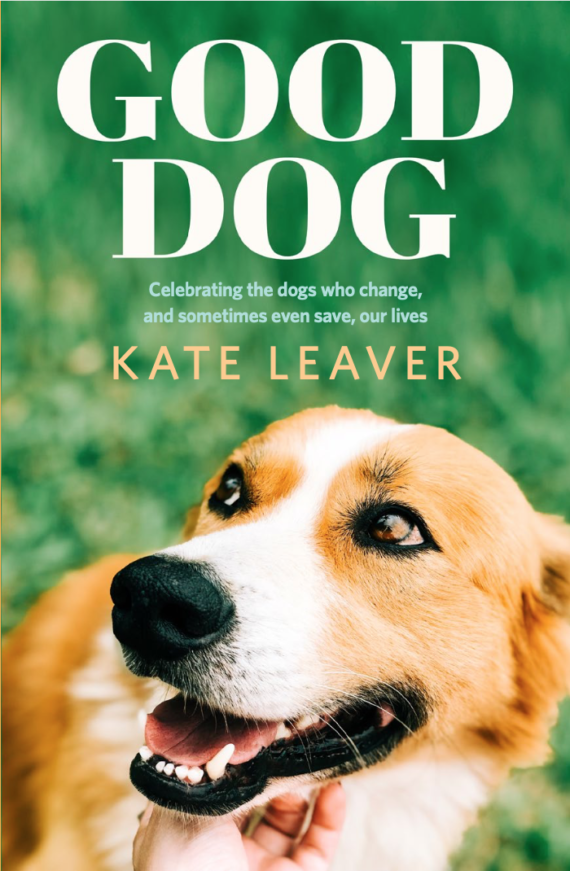 Celebratory, joyous and moving, this is a book about the profoundly healing, curative qualities of dogs – and how we need dogs in our lives more than ever.

Good Dog is about the power of canine friendship – in particular the profoundly healing role that dogs can play in our lives – a celebration of the extraordinary creatures who change – and sometimes even save – our lives.

Covering the science and history of our extraordinary relationship with dogs, and focusing on the role that dogs can play in enriching and improving our mental and emotional health and our lives, Good Dog is a celebration of the most remarkable cross-species friendship on the planet. Good Dog focuses on ten powerful, personal stories of dogs and their owners, from Missy the pug, who has allowed 10-year-old autistic Cody to live his best life to Darcy, who spends precious time in a children’s hospice; from Pip, who helps her teenage owner manage her diabetes, to Jingles, who works in therapy and rehab at a prison.

The Friendship Cure: A Manifesto for Reconnecting in the Modern World 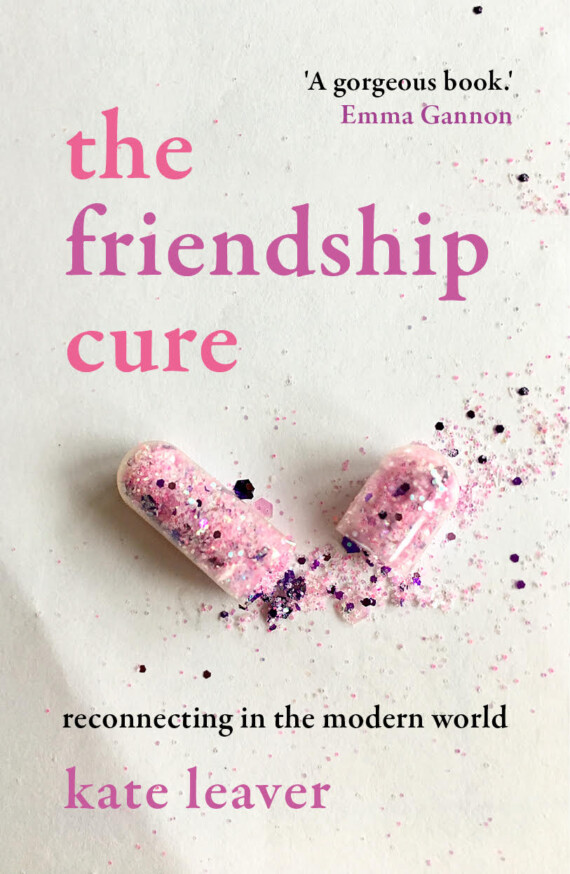 Our best friends, gal-pals, bromances, Twitter followers, Facebook friends, long-distance buddies and WhatsApp threads define us in ways we rarely acknowledge. There is so much about friendship we either don’t know or don’t articulate: why do some friendships last a lifetime, while others are only temporary? How do you break up with a toxic friend? And maybe the most important question: how can we live in the most interconnected age and still find ourselves stuck in the greatest loneliness epidemic of our time? It is killing us, making us miserable and causing a public health crisis. What if meaningful friendships are the solution, not a distraction.

In The Friendship Cure, Kate Leaver’s much anticipated manifesto brings to light what modern friendship means, how it can survive, why we need it and what we can do to get the most from it. From behavioural scientists to best mates, Kate finds extraordinary stories and research, drawing on her own experiences to create a fascinating blend of accessible smart thinking, investigative journalism, pop culture and memoir. 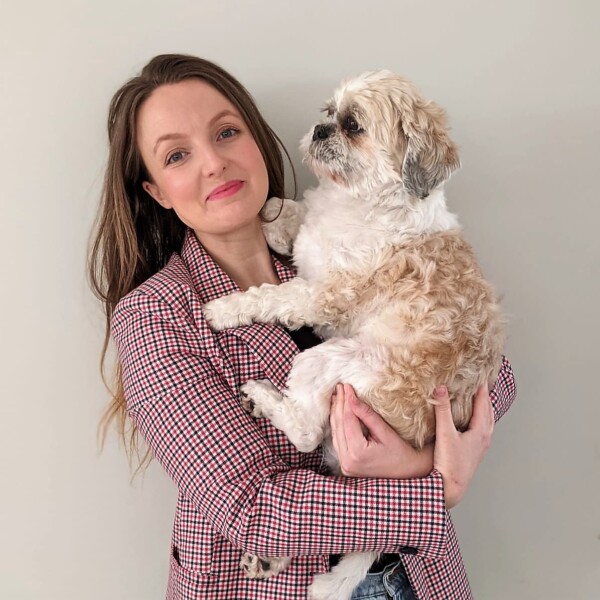 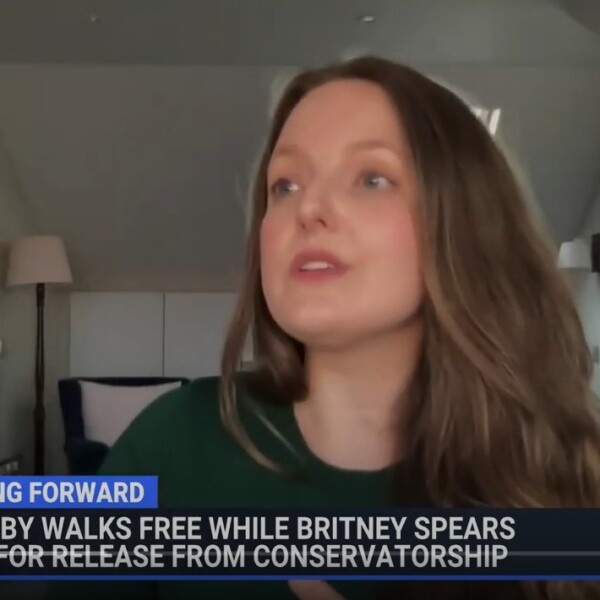 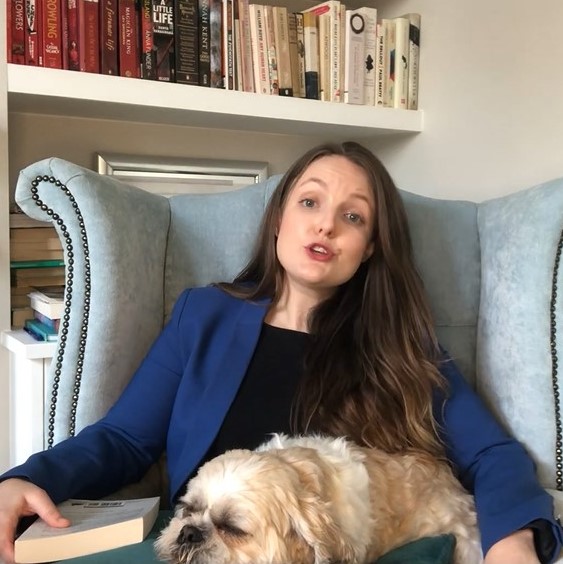 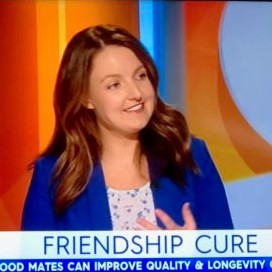